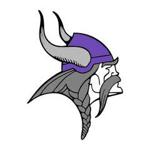 Stoughton senior Nicolar Rivera has been selected as the RallyAroundUs Athlete of the Week for the week of January 3-9 after a statewide vote on WisSports.net.

There were 4,115 total votes this week. Rivera topped all vote getters with 1,904 votes. Hortonville's Kamy Peppler came in second with 1,060 votes.

Rivera is one of, if not the best wrestler in the state of Wisconsin, having won two state championships and a runner-up finish in his first three years in school. This past weekend, Rivera competed at the Cheesehead Invitational where he took home the title in the 126 pound weight class. To do so, he defeated Nathaneal Jesuroga of Southeast Polk in the championship bout. Jesuroga is the top ranked wrestler in the nation at 126 pounds. Rivera's upset victory earned him the Most Outstanding Wrestler of the entire tournament.