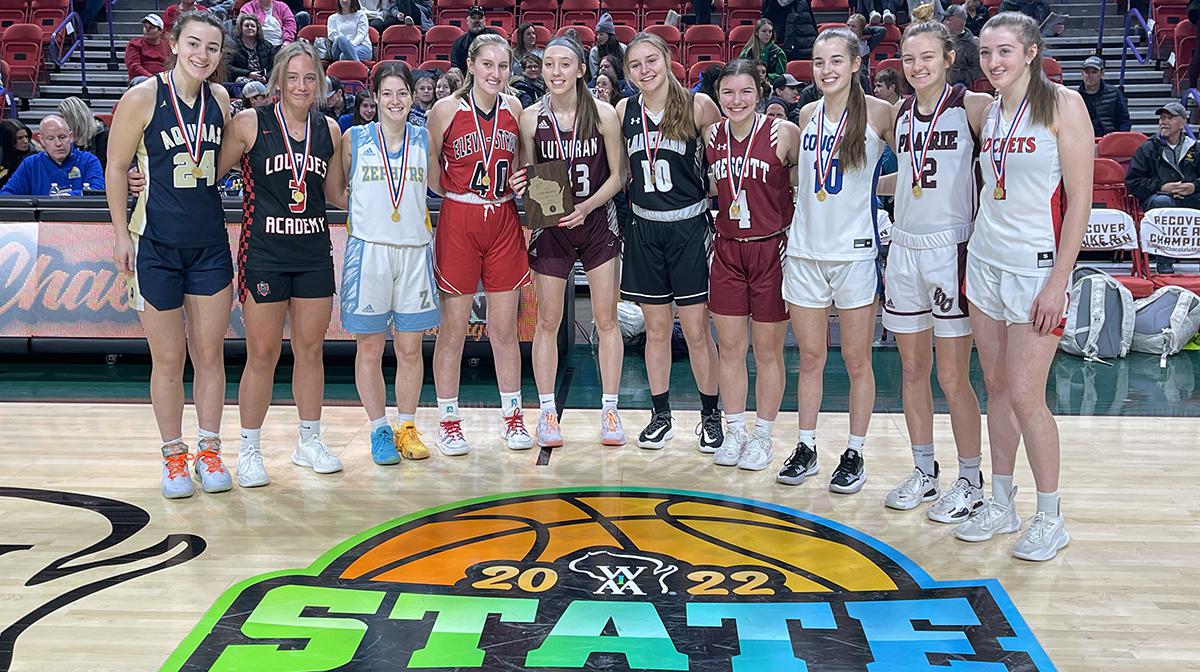 10 participants were selected for the event based on stats information entered by coaches into the WisSports.net database. The top two three-point shooters (minimum 75 attempts) from each division were chosen to participate.

In addition to those three, Kate Huml of Janesville Craig was a semi-finalist.

Full results of the 3-Point Challenge can be found below.