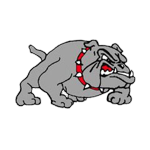 Boscobel sophomore Gretta Grassel has been selected as the RallyAroundUs Athlete of the Week for the week of April 25 - May 1 after a statewide vote on WisSports.net.

There were 4,330 total votes this week. Grassel topped all vote getters with 1,527 votes. Evansville's Jaden LeRoy came in second with 1,440 votes.

Grassel has been sensational as a sophomore for the Bulldogs and continued her tear this year as Boscobel went 4-0 on the week. First in an 11-1 win over Southwestern, Grassel struck out 18 and allowed two hits over seven innings. She went three for three with a home run, two RBIs and three runs scored from the plate. Grassel then struck out 17 more in a 6-5 complete game win over Fennimore while going three for four with three RBIS and two runs scored. In a 9-8 win over River Ridge, she went three for four from the plate with an RBI and two runs scored. Grassel finished the week pitching a complete game 2-0 shutout of Iowa-Grant where she struck out 19 batters and went two for three from the plate with a run scored.

This week, Grassel pitched in all three wins, picking up two herself. She struck out 45 batters over 19 innings, allowing just four hits and two earned runs. She went five for nine from the plate in those three games with four RBIs, two doubles and a triple.