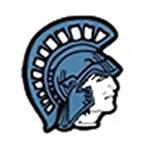 Superior junior Haley Zembo has been selected as the Hometown Ticketing Athlete of the Week for the week of May 23-29 after a statewide vote on WisSports.net.

There were 3,753 total votes this week. Zembo topped all vote getters with 1,117 votes. North Crawford's Stephen Munson came in close second with 1,065 votes.

Zembo was lights out on the mound as Superior won a pair of regional games and captured the regional championship. First in a 6-0 shutout of Wausau East, the junior pitcher struck out 13 batters and allowed one hit and four walks over seven innings. Zembo then pitched another complete game shutout in a 2-0 win over New Richmond in the regional finals. She again struck out 13 batters, and allowed just one hit and three walks.

Zembo picked up another two victories in sectional play this week, leading Superior to its first WIAA State Tournament since 1993. In the 5-2 sectional semi-final win over Chippewa Falls, the junior hurler pitched a complete game giving up two unearned runs on one hit and eight walks and striking out five. She then pitched a two-hit, 9-0 shutout of Stevens Point, striking out 13 batters sending the Spartans to state.