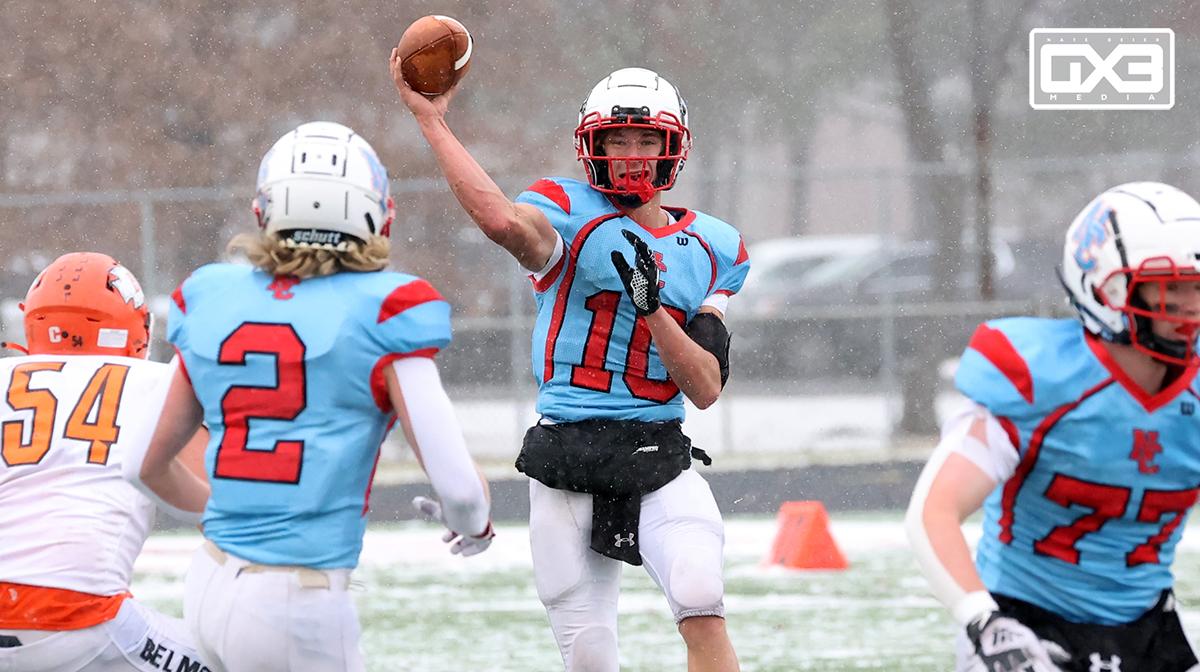 Conner Krach of Newman Catholic has been selected as the 2022 8-Player Football Offensive Player of the Year by WisSports.net.

Krach was a finalist for the Offensive Player of the Year award in 8-player last year when he helped the Cardinals to a state title. He guided the team to another unbeaten season and state championship again this year.

Krach was dominant in the playoff run, going for 588 yards and 13 touchdowns on the ground in four postseason games, with 376 passing yards as well.

Krach was recently announced as the a WFCA First Team All-State selection and the WFCA 8-Player Offensive Player of the Year.

Other finalists for the award included Carter Janesch of Wabeno/Laona, Kolby Lancaster of Belmont, Sam Marquardt of Lena/St. Thomas Aquinas, and Nick Webster of Siren.