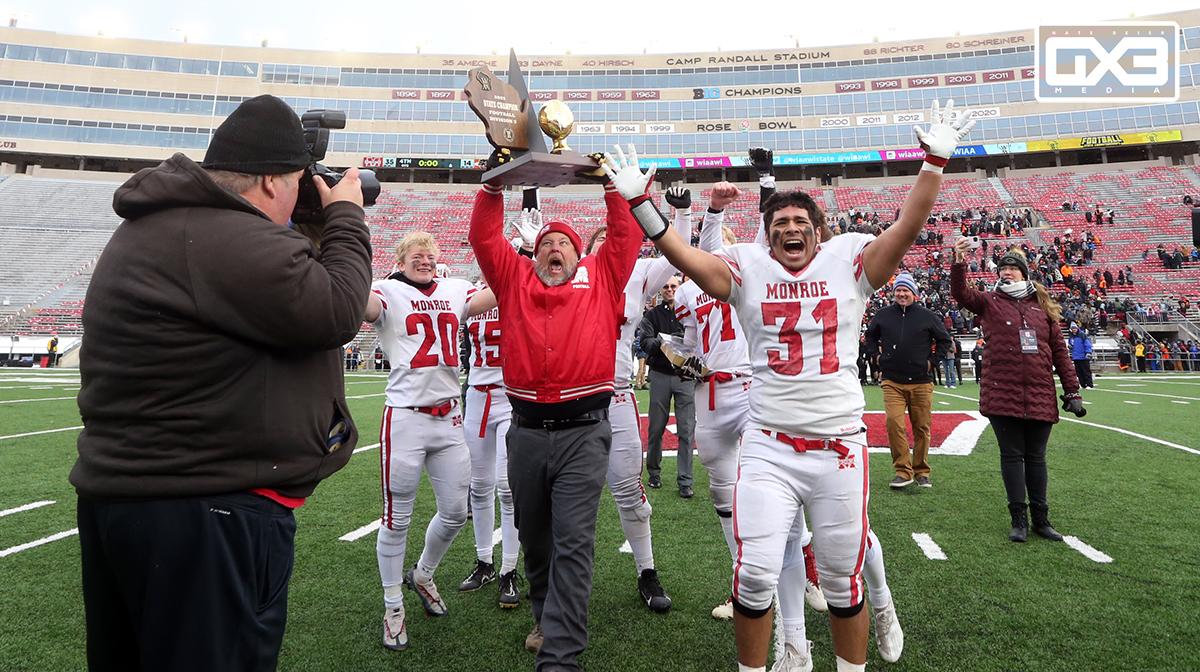 Monroe was a dominant program in the 80's and 90's, winning five state titles with three runner-up finishes from 1986 to 1996. However, the Cheesemakers had not been back to Camp Randall since a runner-up finish in 1996.

That all changed on Friday in Madison, as Monroe's dominating running game helped the Cheesemakers secure a 35-14 win over West Salem for the WIAA Division 3 state football title.

Monroe ran for 341 yards, including 170 from Tucker Markham and 122 by bruising fullback Alex Hernandez, and imposed its will on the Panthers throughout the game.

The beginning of the contest was a sloppy one for both sides, as West Salem fumbled on the second play of the game, only to see Monroe fumble on the one-yard line a short time later.

Monroe picked off a Brett McConkey pass two plays later, and on the next play Keatin Sweeney went in for a 10-yard touchdown to put the Cheesmakers on top. They scored on their next drive as well, a more traditional nine-play, 71-yard march that took 4:33 off the clock and was punched in from three yards out by Tucker Markham.

West Salem finally got something going in the second quarter when McConkey hit Brennan Kennedy for a long pass, with a facemask tacked on at the end. Luke Noel paid it off on the ensuing play with an 8-yard touchdown on the option pitch.

However, that would essentially serve as the high-water mark for West Salem, as Monroe would go up 21-7 late in the second quarter on another long scoring drive.

Monroe's ball-control offense dominated the second half, when the Cheesemakers added to their lead with long touchdown drives and West Salem got the ball just twice after halftime.