Wenzel joined the elite club on Tuesday after FVL's 76-33 win over Waupaca. He currently holds a 501-207 record in 30 years as the Foxes' head coach.

He guided the Foxes to the WIAA state tournament in 2003 when they fell to Columbus, 51-40, in the Division 2 title game. 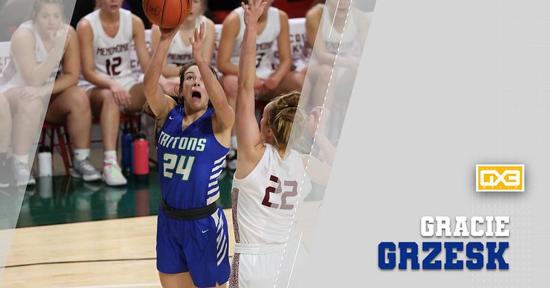 Turtle Lake junior Mackenzie Tarman scored a career-high 44 points in the Lakers' 84-48 win over Spring Valley on Saturday. The 44-point effort was just three off of the school record of 47 points set by Taylor Schneider during the 2015-16 season. Tarman, a 6-0 wing, is averaging 21.9 points, 8.2 rebounds, 2.8 assists, and 3.3 steals per game for coach Angela Wagner and the Lakers, 10-4 overall and 8-1 in the Lakeland West.

Milwaukee Academy of Science senior Beautiful Waheed dropped a career-best 40 points in the Novas' 100-16 blowout win over Milwaukee Bradley Tech. MAS led 67-12 at halftime. Waheed was 19-for-28 from the floor and collected nine rebounds, five assists, and three steals. Waheed, a 5-10 wing, is averaging 19.9 points, 12.4 rebounds, 5.6 assists, and 4.4 steals per contest for coach Giovanni Riley and the Novas, 14-2 overall and ranked No. 10 in the latest Division 3 WisSports.net Coaches Poll. Waheed, a Division I prospect, is a quick, athletic guard who affects the game on both ends of the floor.

Notre Dame junior Gracie Grzesk netted a career-best 39 points when the Tritons routed Sheboygan North, 89-36, on Thursday. The 6-0 wing/forward exploded for 35 points in the first half and connected on seven 3-pointers. The Wisconsin recruit is a versatile wing who can score at all three levels, is strong on defense, and has a high basketball IQ. Grzesk is averaging 18.4 points per game for coach Sara Rohde and the Tritons (2x defending D2 state champs), 14-1 overall and ranked No. 1 in the Division 2 WSN Coaches Poll. Gracie went over 1,000 career points a couple of weeks ago.

Reedsburg junior Sydney Cherney tallied 38 points in Saturday's 71-31 victory over Baraboo. Cherney, a 5-9 guard, is averaging a state-best 31.1 points per game for coach Mark Simon and the 15-3 Beavers. Cherney is a quick guard who can score at all three levels and is crafty around the basket with either hand. She currently holds NCAA Division II offers from Maryville University, McKendree University, and Michigan Tech University.

Bay Port senior Kyla Hendricks scored a career-high 35 points in a 75-70 loss to Manitowoc Lincoln on Friday. She connected on 8 of 17 from behind the arc and added six steals in the contest. Henricks is averaging 14.7 points and 2.3 steals per game for coach Dennis Gladwell and the Pirates, which are 8-8 overall. Kyla is sharpshooter who is among the state leaders in three-pointers made with 55 (44%). The 3-sport athlete is committed to NCAA Division II St. Cloud State for basketball and track & field.

Kenosha Indian Trail junior Adrianna Gonzalez tallied 35 points in Saturday's 70-52 win over Wilmot. She went 4-for-9 from 3-point land and 7-for-7 from the free throw line. Adrianna added five rebounds and five assists in the victory. The 5-5 guard is sixth in the state in scoring with 25.3 points per game. Gonzalez also contributes 6.3 rebounds, 2.1 assists, and 3.0 steals per contest for coach Charles Basaldua and the 7-8 Hawks.

Madison East senior Kylah McCullers scored a career-high 35 points in the Purgolders' 77-67 victory over Middleton on Saturday. She went 22-for-26 from the free throw line and added six assists in the win. McCullers, a 5-7 guard, is averaging 19 points, 5.2 rebounds, 5.6 assists, and 2.0 steals per game for coach Alysha Justice and the Purgolders (7-8 overall).