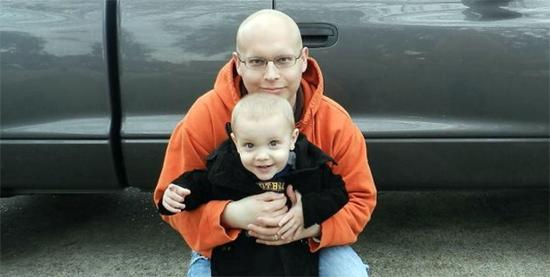 It is with great sadness that we pass on the news that Marlin Lee III passed away early Saturday, September 22nd, 2012 at MD Anderson Cancer Center in Houston, Texas after a courageous battle with cancer. He was just 26 years old.

Marlin was the Football Editor and Recruiting Writer for WisSports.net for several years and an active message board poster from the beginning of the site.

As many people know, Marlin discovered a mass in his chest in November of 2010, which was diagnosed as Ewing's Sarcoma, a type of bone and soft-tissue cancer. In addition to the tumor in his chest the cancer spread to his hips and left shoulder. He underwent aggressive chemotherapy treatments to help fight this terrible disease, and for a time seemed to be making progress.

Earlier this year the cancer spread to other areas including his skull, and he resumed treatments. After an increase in pain recently, Marlin and his family received the grim news earlier this week that the cancer was untreatable, and the family prepared for the worst.

He is a graduate of Lancaster high school and the University of Houston. He is survived by his wife Hiedee and their four children: Zoe (9), Zackary (6), Eva (5) and Marlin IV (2).

Many people from all over the country have followed Marlin's battle over the past two years, and in the last few days the outpouring of support and positive comments about Marlin were much appreciated by the family. The Lancaster football team wore "52" stickers on their helmets last night and will the remainder of the season as a tribute to Marlin, who wore #52 as a member of the Flying Arrows' state title team.

Among the many people to express their sympathies and appreciation was former Pewaukee and Wisconsin star J.J. Watt, now a Defensive Player of the Year candidate with the Houston Texans.

J.J. is one of many players Marlin wrote about and gained exposure for as our football writer. Watt contacted the family, and on Friday was able to visit Marlin in the hospital. J.J. went out of his way to get in touch with Marlin and his family, and it meant a great deal to them. A picture of J.J. giving a high-five to Marlin Dean Lee IV is at the bottom of this article.

Marlin had recently graduated from college and was the sole provider for his family. As you can imagine, the medical bills associated with fighting cancer can build up in a hurry.

Our thoughts continue to be with Marlin's family during this difficult time.

We will keep you informed on further donation and memorial information as well as funeral services as it becomes available. 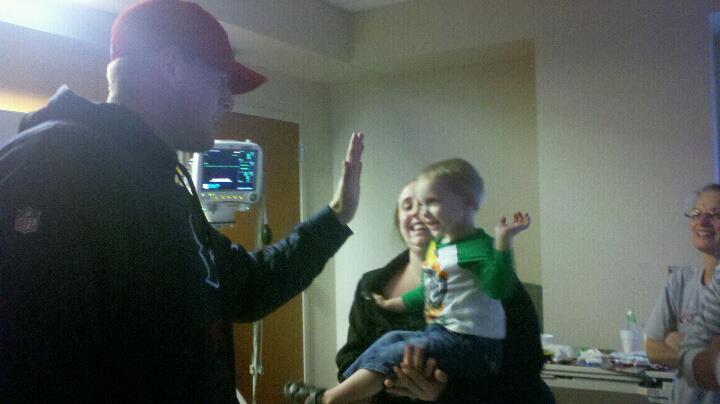