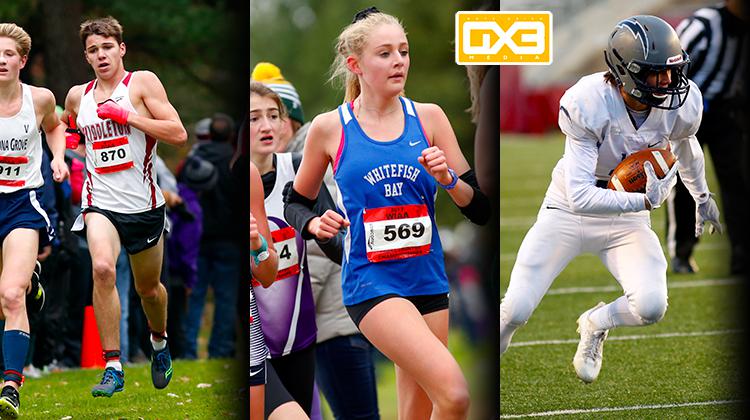 In an upset, it is not 10-time winner Arrowhead that is on top of the Large Schools Division (enrollment over 1000 students) after the fall sports season. Instead, it is Middleton, who has several second-place finishes, including last year. The Cardinals got state titles from the boys cross country and girls swimming/diving teams, along with strong showings in all the fall sports. In fact, Middleton scored at least 10 points in each of the nine WIAA-sponsored fall sports, as their 380 points is tops amongst Large Schools and best overall. Big Eight rival Sun Prairie is second with 345 points, while Arrowhead comes in third with 335, very much in striking distance. Madison West (282) and Brookfield Central (268) round out the top five.

Whitefish Bay is on top of the Medium Schools Division (enrollment 500-100), as the Blue Dukes are chasing their first-ever WSN Cup trophy after many years coming up just short. The boys soccer team captured a state championship, good for 100 points. The football team advanced to the state semi-finals, while the girls swimming/diving team took fifth at state. The Blue Dukes scored 314 points overall, which leads defending champion Catholic Memorial, who has 270. Multiple-time Cup winners Notre Dame and Edgewood are third and fourth respectively, while New Berlin Eisenhower is fifth.

With a state title and a runner-up finish in the fall sports season, Lake Country Lutheran is out to an early lead in the Small Schools Division (enrollment below 500). The girls volleyball team captured its first state title, while the football team advanced to the state finals for the first time, falling to Amherst in the championship game. Boys cross country and boys soccer also had strong finishes for the Lightning, who totaled 275 points. Regis is second, followed by Saint Croix Central, Aquinas, and Lourdes Academy.

Here are the Top Five schools in each division: