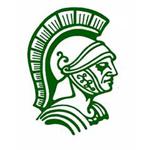 Madison Memorial junior Mia Morel has been selected as the PlayInTheDells.com Athlete of the Week after a vote on WSN.

There were 8,805 total votes this week. Mia topped all vote getters with 3,607 votes. Arrowhead's Keegan O'Toole came in second with 3,307 votes.

Mia has been incredible this season as the Madison Memorial girl's basketball team has started out 11-0. Last week in the their third game at the Rock Holiday Classic in Florida, Mia scored 10 points, hauled in eight rebounds, and added three assists and steals in a 60-40 win over Seton Catholic out of Arizona. She finished the week with a game high 25 points and adding eight steals in a 103-29 win over Beloit Memorial.

Mia looks to lead the undefeated Spartans to a big victory over Milwaukee King this Saturday after she poured in 26 points in Thursday night's 77-33 win over Janesville Parker.