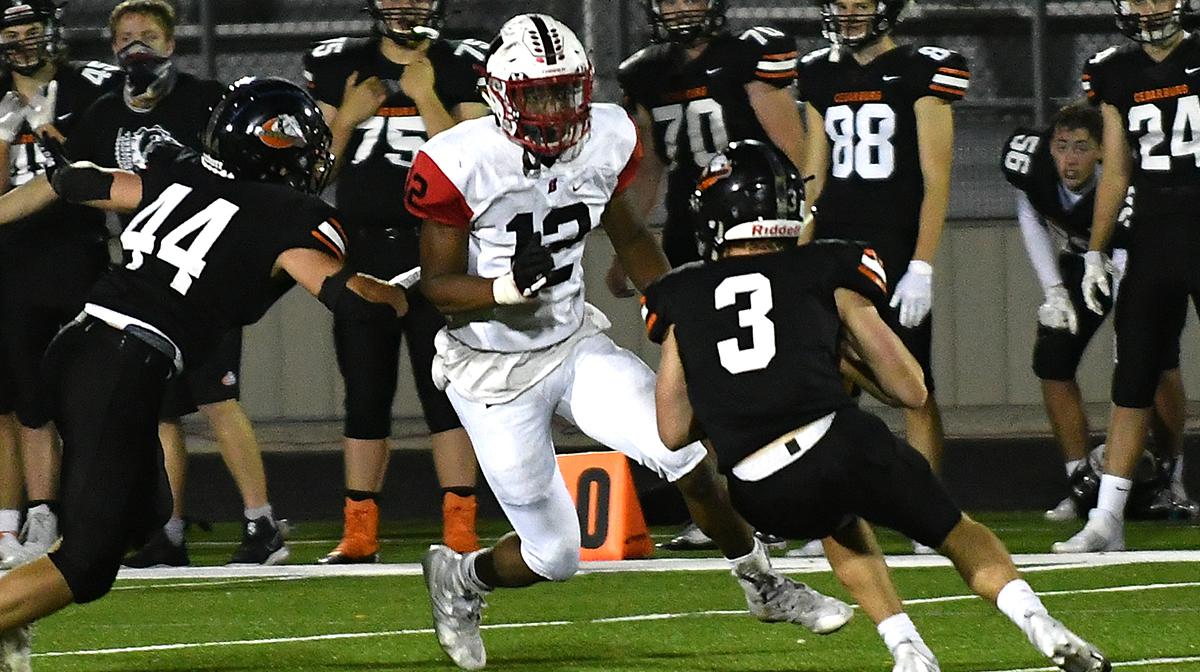 Wisconsin Sports Network and WisSports.net are proud to announce Homestead's Ayo Adebogun as the 2020 recipient of the Tim Krumrie Award as the most outstanding senior defensive lineman in Wisconsin, part of the WSN Senior Football Awards.

Homestead's Ayo Adebogun burst onto the varsity scene in a big way in 2019, earning WFCA Large School All-State recognition after finishing among state leaders with 31 tackles for loss and 16 sacks.

He's been near unblockable again this season, with 52 tackles, 21 tackles for loss, and 7.5 sacks in just eight games. His initial burst off the line of scrimmage is as explosive as anyone in the state, and that athletic ability is his greatest strength right now.

"I feel strongly that Ayo is a great candidate," said Homestead co-host Drake Zortman. "He is playing his best football at the end of the year, which is exactly what you would like to have happen. Ayo is a tremendous young man. He is very honest and thoughtful, and is a phenomenal teammate and leader in our program."

Adebogun has given a verbal commitment to Wisconsin after receiving an offer from the Badgers and head coach Paul Chryst.

Finalists for the award were Adebogun, Noah Jessup of Franklin, Harrison Kielar of Brookfield East, Hayden Nelson of Brookfield Central, Brian Radish of Muskego, and Adam Thompson of Northwestern