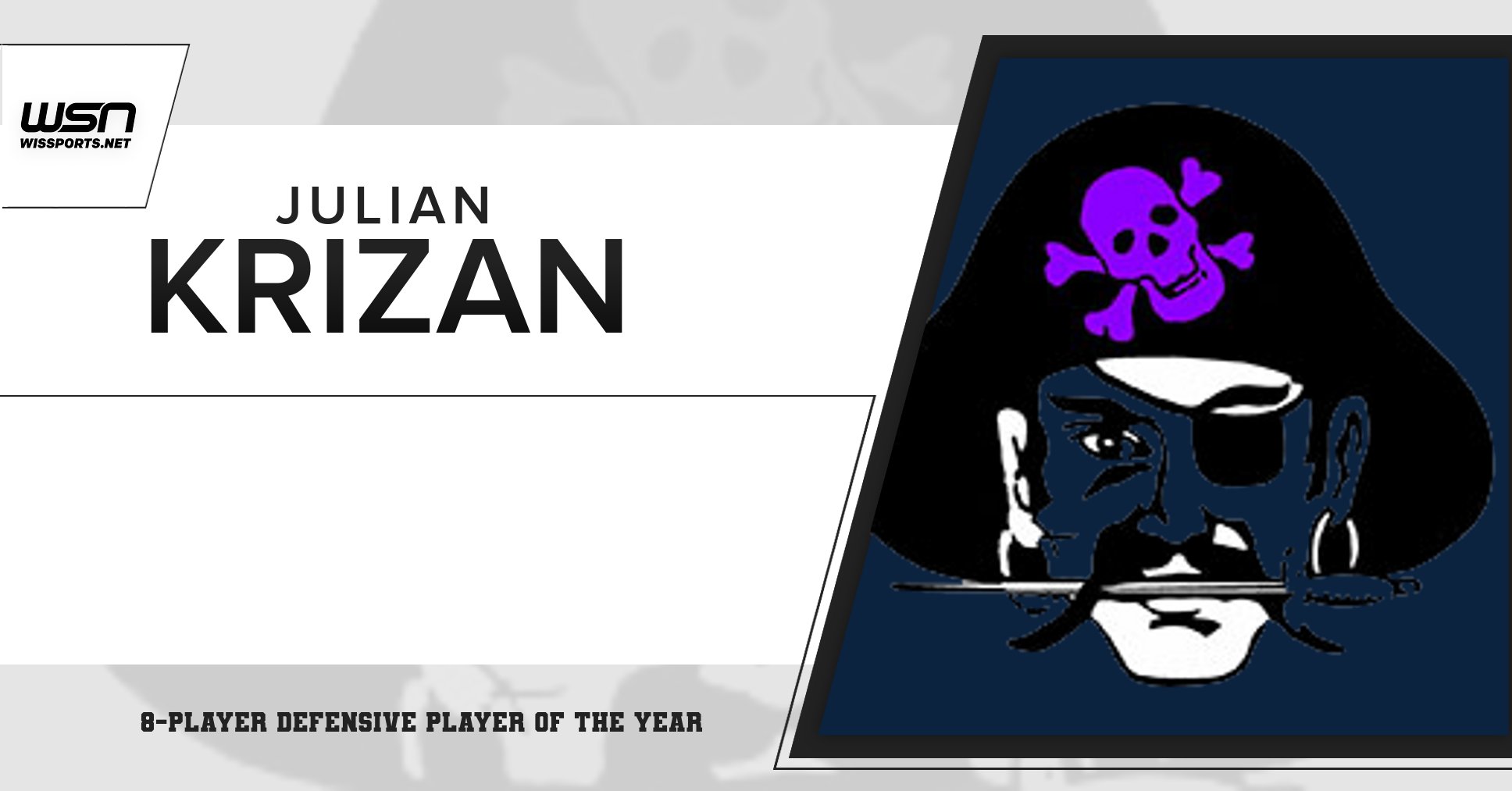 Julian Krizan of Gilman has been selected as the 2021 8-Player Football Defensive Player of the Year by WisSports.net.

Krizan was an All-State player last year and the WSN 8-Player Defensive Player of the Year. As a senior, he has been outstanding once again, recording 92 tackles and three sacks for the Pirates, who advanced to the state semi-finals.

Krizan was among the state leaders with 92 tackles for the Pirates, who went unbeaten in the regular season before falling to eventual champion Newman Catholic in the semi-finals. In that showdown with Belmont, Krizan had nine tackles.

Other finalists for the award included Hunter Cronauer of Wabeno/Laona, Bryson Keepers of Gilman, Josh Kristoff of Lena/St. Thomas Aquinas, and Ashton Maney of Three Lakes.