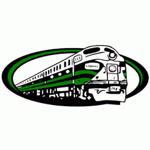 Benton senior Kayci Martensen has been selected as the RallyAroundUs Athlete of the Week for the week of May 30 - June 5 after a statewide vote on WisSports.net.

There were 2,223 total votes this week. Martensen topped all vote getters with 949 votes. Durand's Parker Schneider came in second with 694 votes.

Martensen finished her prep career with three individual titles this past weekend in La Crosse. She won the 800 meter race in 2:17.47. The senior runner also won the 1,600 meter and 3,200 meter races in Division 3 in 4:57.05 and 10:59.07 respectively. Martensen repeated as champion in all three events from last season as she finished with eight total track championships in her prep career.