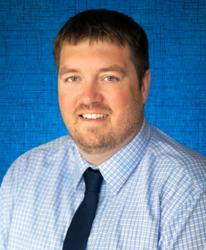 Travis joined WSN in 2008 and serves as the WisSports.net General Manager and Football Editor, is the voice of the WisSports.net Minute, and a contributing writer for other parts of the site. He can be heard as a featured interview guest on radio stations around the state and a co-host of Football Friday Night, a statewide syndicated postgame show during the high school football season. He has also appeared as a featured columnist for NOW Newspapers, a presenter at the WFCA Clinic, and as a guest on several television broadcasts.

Travis is a graduate of Richland Center High School where he was a starter on the football, basketball, and baseball teams. He holds a Bachelor's Degree in History and Secondary Education from Mount Mercy College in Cedar Rapids, IA. Travis has served as a basketball, baseball, and football coach at the youth level, a student assistant coach at Mount Mercy, as a varsity basketball assistant at Richland Center High School, with AAU programs, and three years as Head Men's Basketball Coach at UW-Richland. He spent two years as the color analyst on boys basketball broadcasts for WRCO Radio 100.9 in Richland Center. Travis and his wife Christa currently reside in Reedsburg and are the proud parents of two boys, Brett (14) and Brock (11).

In addition to his roles at WSN, Miller also helps to run various basketball-related events. These include the Minnesota vs. Wisconsin Border Battle, the WBY Shootout and the WBY Summer Exposure Camps. Mark currently lives in Sun Prairie with his wife Pat and their two daughters.

Norbert serves as the WisSports.net Content Manager and Girls' Basketball Writer, and a writer for other parts of the site.

The Wisconsin Basketball Coaches Association (WBCA) named Norbert the 2015 recipient of the Media Person of the Year. He is currently a member of the WBCA Executive Board.

Norbert is a graduate of Weston High School where he was a starter on the football, basketball, and baseball teams.  He earned a bachelor's degree from the University of Wisconsin-Platteville in Communications. Norbert has coached girls' basketball at the youth and high school levels. He currently resides in Sun Prairie. 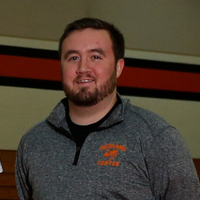 Colton deals with data entry and collection for our websites. He also writes for various parts of the site, including the alumni reports.