Here are the Wisconsin Sports Network weekly award winners in boys' basketball for the games played December 22 through December 28:

Luke Spink, 6-0, Sr., PG, Mosinee
One of the better point guards in northern Wisconsin, senior Luke Spink is producing at a high level for coach Andy Bruess and the Indians. Last Friday, Spink scored 27 points and dished out 11 assists in a 71-63 non-league victory over visiting Marathon, always one of the better teams in the Marawood Conference. In the game prior to Marathon, Spink had 18 points and 12 assists in a 77-54 triumph over invading Menominee, Mich. The returning Player of the Year in the Great Northern Conference, Spink is a four-year varsity performer who is averaging 21.1 points, 5.8 rebounds, 8.2 assists and 4.8 steals per game for Mosinee, which takes a 5-1 record into its next outing January 7 at Merrill. 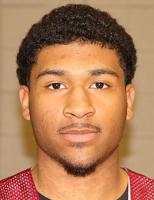 Madison La Follette Lancers
The manner in which Madison La Follette defeated Brookfield Central at the Rick Majerus WBY Shootout last week at Concordia University in Mequon was nothing short of extraordinary. Coach Curtrel Robinson's squad outscored Brookfield Central 34-26 in the first half and 35-26 in the second half in a thoroughly dominating 69-52 performance. Utilizing their superior quickness and speed, and a very strong defense, the Lancers of Madison La Follette were locked in from the opening tip in the battle of state-ranked and unbeaten WIAA Division 1 teams. The contest turned into a runaway early thanks to the three-point shooting of senior guard Isaiah Stewart (6-0), who set the tone for La Follette by connecting on three first-half three-point baskets on the way to scoring a game-high 21 points. Stewart teamed with senior guards Ben Probst (6-1), David Gray (6-1) and Derek Gray (6-0) to give La Follette the backcourt edge against Brookfield Central. Promising sophomore Juok Riak (6-6) along with seniors Cyrus Lashore (5-11) and Dakovin Prather (6-3) also played key roles in helping Madison La Follette improve to 6-0 heading into Saturday's game at Janesville Craig. Probst currently leads the team in scoring at 16.2 ppg followed by Stewart at 14.0 ppg, Derek Gray at 10.2 ppg, David Gray at 8.7 ppg, Riak at 6.6 ppg, Lashore at 6.0 ppg and Prather at 5.8 ppg.

Joe Garceau, Roncalli
After graduating four starters from a team that went 26-1 and advanced to the WIAA Division 4 State Tournament last season, not a whole lot was anticipated from the 2019-20 basketball squad at Manitowoc Roncalli. But since the program has won at such an incredible level over the past 21 years (381-134 for 74 percent), you should never take for granted the importance of a well-run program from grade school through high school. The quality of Roncalli's overall program is evident once again as coach Joe Garceau has guided his squad to a 7-1 mark after wins over Sheboygan North and Oshkosh North at the Sheboygan North Raider Shootout last weekend. In the semifinals against Sheboygan North, Roncalli got 22 points, 5 rebounds and 6 assists from senior Austin Kratz (6-0) to record a hard-earned 64-61 triumph in the first meeting ever between the two schools. Senior Connor Jacoby (6-0) added 11 points, 2 rebounds and 3 assists. A night later against an Oshkosh North squad coming off recent victories over Kaukauna and Plymouth, Roncalli got 19 points 7 rebounds and 4 assists from sophomore Luke Pautz (6-2) and 11 points, 8 rebounds and 3 assists from senior Bryce Pautz (6-0) in a 54-52 triumph. Considering Roncalli has an enrollment of 247 students and competes in Division 4 while Sheboygan North (1,500-plus students) and Oshkosh North (1,200-plus students) compete in Division 1, the Jets' accomplishment in Sheboygan is all the more noteworthy.