Here are the Wisconsin Sports Network weekly award winners in boys' basketball for the games played Jan. 6 through January 11: 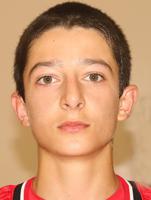 Mason Dorn, 6-1, Jr., G, Seymour
Talk about elevating your game ... Mason Dorn is giving new meaning to that old phrase. After averaging 6.6 points as a freshman and 12.5 points as a junior for Seymour coach Jon Murphy and the Thunder, Dorn has emerged as a definite Player of the Year candidate in the Bay Conference by averaging a robust 28.8 points through 10 games this season. Always exceptionally skilled with the ball, Dorn has grown several inches and added some athleticism and strength to his frame. Along the way, he has become a scoring machine for a very good Seymour squad that takes a 10-0 record into games this week at Green Bay West and Sturgeon Bay. Last week, Dorn pumped in a career-high 40 points, making 17 of 27 shots from the floor, in a highly competitive 91-82 victory over rival Xavier. He also had 21 points in a 95-38 win over Menasha. He is shooting 51 percent from the field, 75 percent from the free throw line and 36 percent from three-point range.

Slinger Owls
The Owls improved to 8-1 and found themselves in a deadlock for first place in the North Shore Conference with Whitefish Bay after posting league wins over Grafton and Homestead last week. Coach Alex Lavine's club, predicted for a seventh-place finish in the North Shore in the preseason, is playing stellar team basketball and is definitely the surprise of the 10-team league after finishing just 6-18 a year ago. In a 57-56 win over Grafton last Tuesday, senior guard Logan Homberg (6-0) led the way with 18 points while teammates Derek Wiest (6-0) and Brad Brewer (5-11) added 12 and 10, respectively. At Homestead last Friday, Brewer scored 26 points and snared 8 rebounds in a 68-56 triumph. Senior forward Sam Dodge (6-7) added 15 points and 7 rebounds for the Owls, who have a huge week ahead with a non-league game Tuesday against Kettle Moraine Lutheran and a game Friday versus invading Whitefish Bay for the lead in the North Shore.

Tim Schultz, Plymouth
Now in his fifth season as head coach at Plymouth after previous stints at Sheboygan South and New Holstein, Schultz won his 200th game as a head coach last week when the Panthers defeated Kewaskum 58-33 in East Central Conference play. A Plymouth native, Schultz's squad improved to 8-2 overall and 5-0 in league play with the triumph over Kewaskum. Plymouth used a balanced scoring attack to beat the Indians with sophomore Jeb Nytes (6-8) leading the way with 12 points followed by UW-Oshkosh recruit Cole Booth (6-1) with nine and senior Cooper Gosse (6-0) also adding nine. Schultz comes from a coaching family as his brother, Dave, previously served as head coach at Waukesha West High School and at Carroll University.