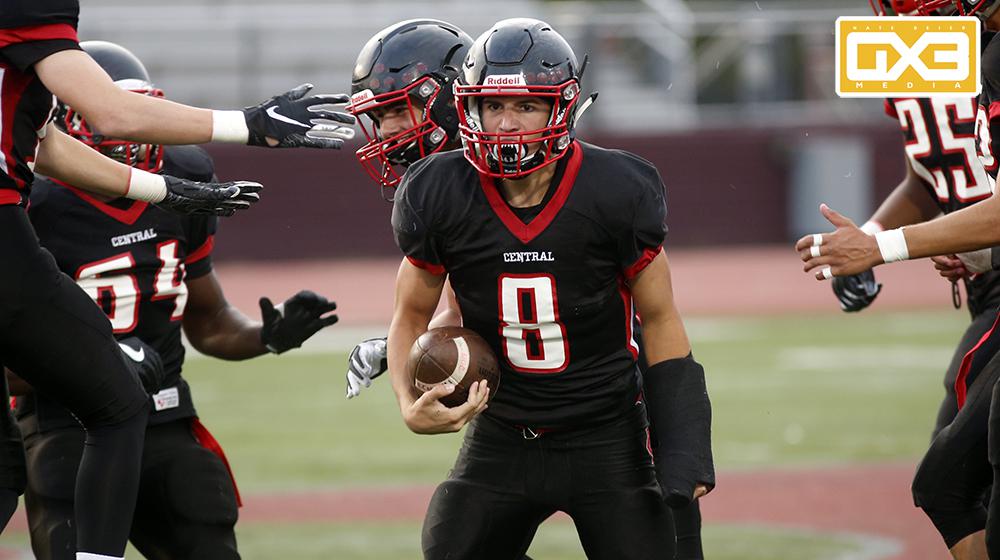 Wisconsin Sports Network and WisSports.net are proud to announce La Crosse Central's David Hayden as the 2018 recipient of the Jim Leonhard Award as the most outstanding senior defensive back in Wisconsin, part of the WSN Senior Football Awards.

Hayden was set to play receiver again this year, but a broken thumb moved him to defense after the Raiders' first game.

Despite playing much of the season with a wrap on his hand, he recorded a state-best eight interceptions while leading the team with 68 tackles.

Finalists for the award were Hayden, Nolan Haertel of Marshfield, Jacob Lippe of Port Washington, Jake Schara of New Berlin Eisenhower, and Trey Tennessen of Kimberly.

The award is named after Jim Leonhard, one of the most beloved players from the state of Wisconsin. Hailing from tiny Tony, Wisconsin and attending Flambeau High School, Leonhard was a two-time All-State selection. He walked-on at the University of Wisconsin, and quickly established himself as a leader and outstanding player. He started 39 games in his career, and his 21 career interceptions are tied for the most in Badger history and fourth in the Big Ten. He also broke the Big Ten punt return yardage record. Leonhard went undrafted, but hooked on with the Buffalo Bills before moving to the Baltimore Ravens. In 2009 he signed with the New York Jets and is now with the Cleveland Browns.